Texila American University one of the best medical schools in Caribbean 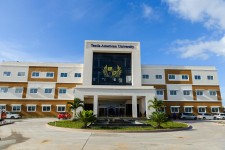 East Bank Demerara, Guyana, May 16, 2017 (Newswire.com) - Texila American University (TAU) mulls the construction of super-speciality hospital in Providence. The East Bank Demerara complex would offer Clinical Rotations to the medical students. The University has recently opened its New campus in Providence with the state-of-the-art infrastructure with all the modern amenities to nurture the best learning experience for aspirants across the globe. The growing popularity of Guyana among the top destinations to study Medicine has influenced Texila to construct a multi-speciality hospital.

Mr. Saju Bhaskar, The Founder & President of Texila American University, told media that the institution is currently undertaking a market study for the planned specialty hospital project. He also added that the body is examining the prospects of the project, with catered plans for the provision of medical services such as neurology, urology and cancer treatments.

And according to Mr. Bhaskar, the investment is already showing signs of paying off, as applications have already begun to pour in from prospective candidates in CARICOM countries such as Trinidad and Tobago and Jamaica.

The university, established in 2010 in Guyana, offers programs in medicine at its Guyana campus. Being among the top-ranked Medical Universities in the Caribbean, Texila American University offers the world-class Doctor of Medicine program with the options to pursue Clinical Rotations in Guyana or USA. Other programs offered in the Campus include Bachelor of Science in Nursing (BSN) and Bachelor of Pharmacy (B Pharm).

Currently, admissions are open in Texila American University for the 2017 Intake for its programs in Doctor of Medicine, Bachelors of Nursing and Bachelors in pharmacy.

Get notified about new releases.

Sign up for email updates from Texila American University.